Purple Martins (Progne subis) are the largest member of the swallow family in North America.  They have a short slightly-hooked beak, broad chest and forked tail.  Their flight pattern is typical of swallows, short glides with longer alternating flapping.

East of the Rocky Mountains they are dependent on human-supplied housing.  West of the Rockies and in the deserts they largely nest in abandoned woodpecker nest cavities in saguaro cacti.  In the Pacific Northwest martins are using gourds and clusters of single-unit boxes for nesting, as well as natural cavities in trees. 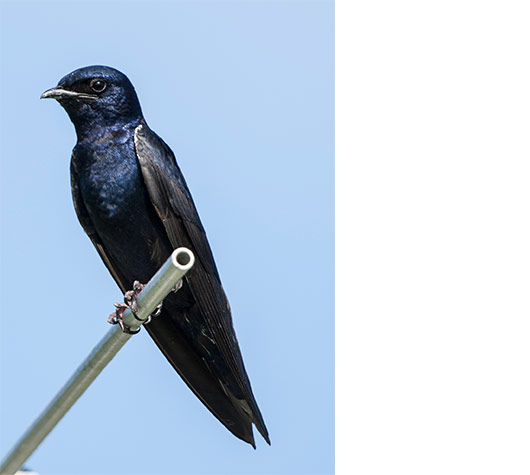 Females:  Adults have more purple on their head and back than subadult females and their undertail feathers are much darker. 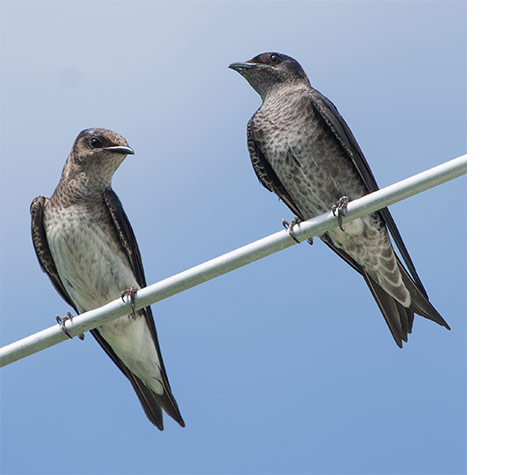 Habitat:  East of the Rockies, martins nest almost exclusively in human-supplied housing.  They like a clear, open area fairly close to human housing.

Food:  Martins are aerial insectivores, consuming insects during flight. Dragonflies are a favorite as well as moths, butterflies, flies, beetles, wasps and other flying insects.  However Purple Martins do not eat a large number of mosquitoes.  Martins feed high in the sky during the daytime, so they do not come into contact with mosquitoes very often. 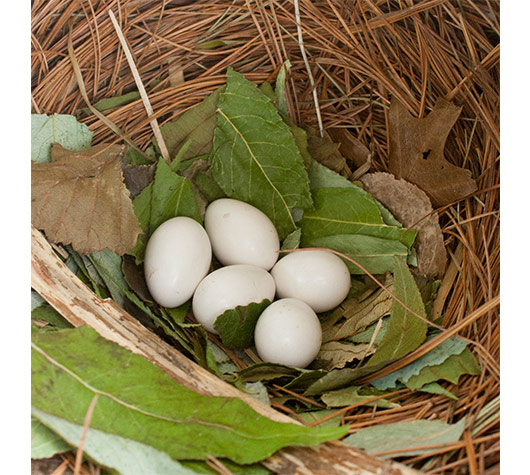 Incubation:  16 days, starts when the next to last (penultimate) egg is laid.  Only the female can incubate—she has a brood patch, a featherless area on her belly that transfers heat to the eggs.

Hatching:  All eggs in a nest usually hatch within 48 hours. 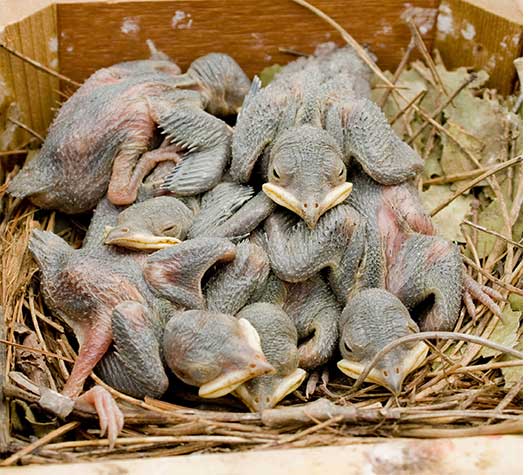 Migration:  Migration from Erie, PA to Sao Paulo, Brazil takes an average of 4 to 6 weeks and covers 5,000 miles one way!

Subspecies:  There are three subspecies of Progne subis—

•Progne subis arboricola:  West coast of CA up into British Columbia—nests in natural cavities in trees and single-unit gourds and boxes.